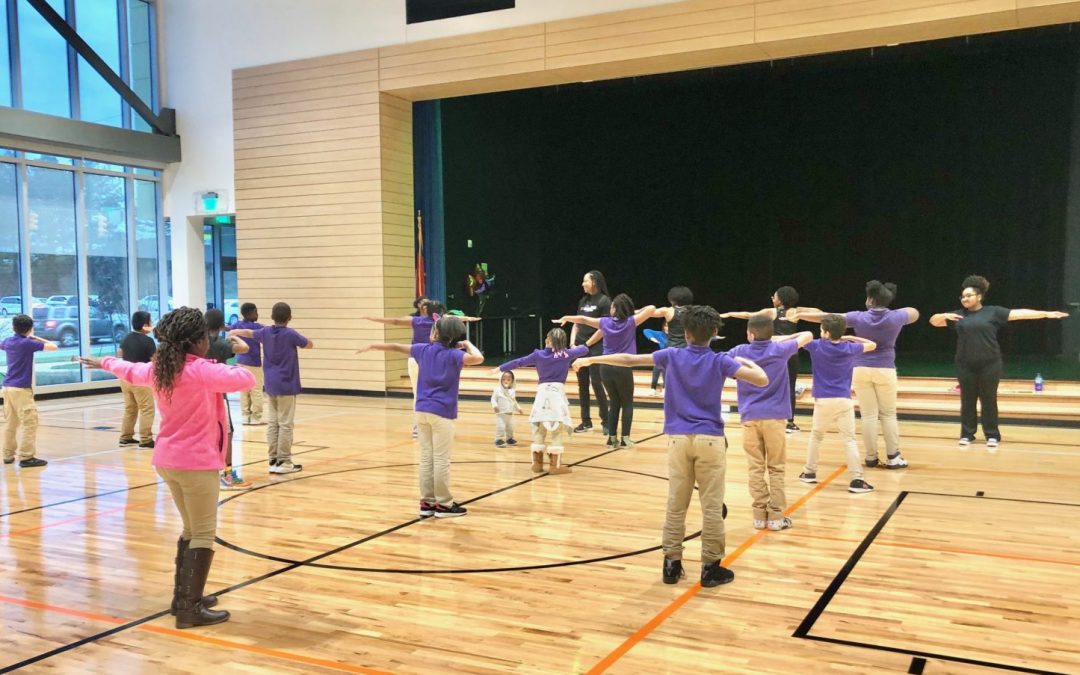 By: United Way of the Greater Triangle

Raleigh was named one of the top 10 cities in the world for quality of life last month and residents could easily point to the many amenities, low unemployment rate, or nationally award-winning magnet schools for proof.

What’s not included on that list is likely Southeast Raleigh’s Rock Quarry Road Corridor, an area with high levels of concentrated poverty. The area — which is sandwiched between Downtown Raleigh, Garner, and rural Wake County — is home to approximately 29,000 residents, including over 4,200 children who are living in poverty. In stark contrast to its counterparts listed above, this area is experiencing rapid gentrification that’s out-pricing long-time residents, is historically African American, and also boasts a rich legacy of resident leadership.

Southeast Raleigh Promise is working hard to change that and for the last five years have been activating plans to build their dream: a purpose-built community that’ll provide equitable access to services, programs, and affordable housing that the area’s residents need to break the cycle of intergenerational poverty.

Their dream began to come to fruition in summer 2019 with the opening of the joint Southeast Raleigh Elementary School and Southeast Raleigh YMCA, through which the organization offers an afterschool program that provides academic extension programming featuring intervention, enrichment, and enhancement for underserved students in the community. It’ll continue in August 2020 when their partners at DHIC begin leasing 120 affordable housing units in an area directly behind.

But that’s not all they’re excited about. Early this year, Southeast Raleigh Promise announced a new partnership with TheGifted Arts — another United Way-funded organization — that promises to bring a high-quality arts program to Southeast Raleigh Elementary School designed to help students increase their confidence and build leadership skills to support them in the classroom and at home.

“Students who live in poverty can have trouble focusing in school because of barriers in their personal lives,” explains Dalia Place, Director of Partnerships for Southeast Raleigh Promise. “It’s important to teach positive social and emotional skills that can build trust, respect, community, and personal growth. These skills help students learn how to regulate their feelings and transition to a mindset ready for learning.”

TheGifted Arts is uniquely positioned to provide that education. Through their GiftedImpact Program, co-founders Nicholé Morgan and CJ Morgan leverage the performing arts in a way that builds skills in leadership, communication, teamwork, and problem-solving. For students at Southeast Raleigh Elementary School, they’re learning all of that through dance — specifically, an African inspired dance called step.

“Not only do they get the chance to immerse in the step experience artistically, but also start to explore and develop skills in collaboration, communication, critical thinking, and leadership,” explains Nicholé Morgan. “With intentional coaching and mentorship from TheGifted Arts staff, as well as inherent in the art form, students will begin to build confidence, become more socially aware, and deepen their creativity.”

Nicholé says that she and her team have been following Southeast Raleigh Promise with great admiration for nearly three and a half years but this is the first time the two organizations have found an opportunity to partner. That partnership, which kicked off in mid-January and expects to serve up to 30 students during an 18-week period, also supports a drastic increase in the total amount of students that TheGifted Arts will serve in their 2019-2020 program year.

Through their site-based GiftedAcademy and community partner-focused GiftedImpact programs, the organization predicts that they’ll serve over 200 students in total this year, which is nearly a 213% increase from its last program year.

“This is an area where we are very proud,” says Nicholé. “It was just a short 18 months ago that we were serving around 40 students at our location.”

They’re only a few weeks into the partnership but Nicholé can already see the impact it will have on both the students being served as well as the community at large.

“The majority of the students we serve live in Garner or Southeast Raleigh. This is a perfect opportunity for us to expand our desired service region, making quality arts programming accessible to more children and allowing for leadership, volunteer, and work opportunities for our Senior Academy students, who are often also from the same area and can ultimately demonstrate what an authentic community collaboration can look and feel like.”