Raleigh in Wake County is the capital city and one of the fastest-growing areas in the Triangle and the state. According to Wake County Government, 62 people move to the county each day.

We focus our work along the Rock Quarry Road Corridor. This area is home to the newly built Chavis Heights Community Center, a city-owned facility that once was the only place that Black people could recreate, swim, and socially convene during the era of segregation. This area is also home to a Federally Qualified Health Center, Advance Health, a host of Black-owned businesses and commercial retail centers, and the Beacon Site that opened in 2019. 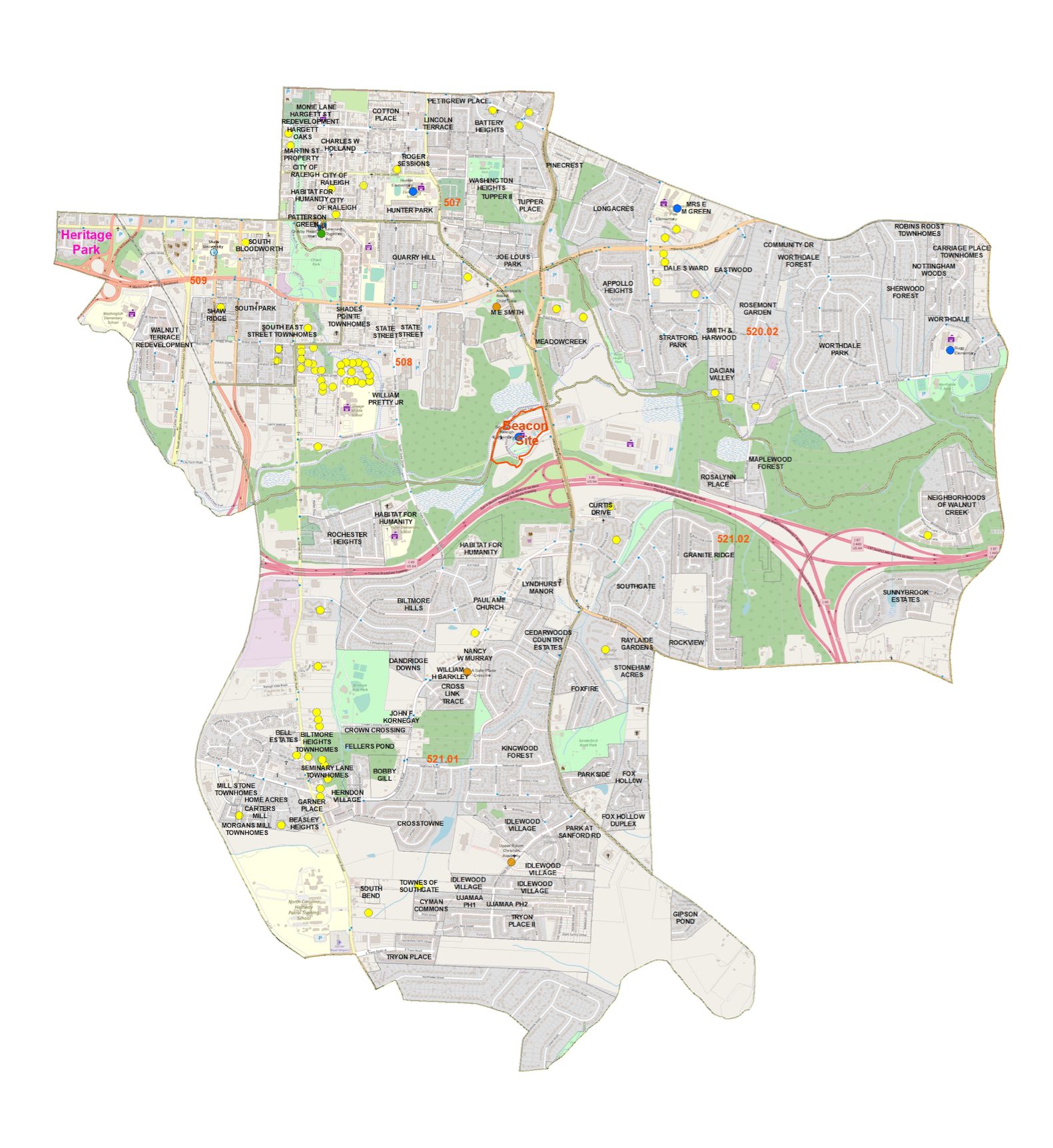 Aggressive gentrification combined with historic underinvestment in the Southeast Raleigh Promise impact area has widened the wealth gap and led to predatory housing practices, significant health and wealth disparities, and a sense of distrust among long-time residents.

Given this area’s proximity to downtown Raleigh and the future Bus Rapid Transit Route, there is no part of the city with more potential to grow and add vitality to our region than Southeast Raleigh. Land prices remain significantly lower than in other areas, increasing the interest of investors who have the resources to move quickly. At the same time, home prices and property taxes are rising and growing out of reach for existing and new homeowners.

As market forces escalate, creating a shortage of affordable housing, Black residents are being pushed out of the city and into distant communities with substandard public transportation, limited employment, and education opportunities. In addition, the persistence of COVID-19 has exacerbated existing disparities, causing families and individuals to fall further behind and students to lag in academic performance.