Digging Into Gentrification In North Carolina 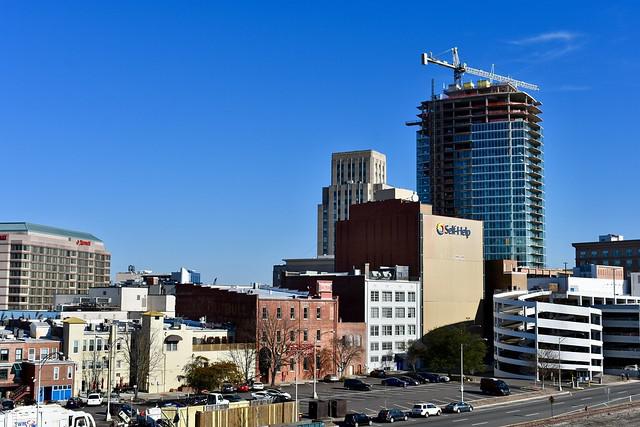 Word is getting out that North Carolina is a great place to live. The state has been readily attracting people from other parts of the country in recent years, but the rising tide has not lifted all boats.

The influx of new people has come with redevelopment of city centers, rising housing prices and the displacement of low and middle-income residents. This trend accompanies significant demographic shifts in the makeup of cities of all sizes, according to analysis of demographic and housing data from The New York Times.

Since 2000, white residents have been moving into nonwhite communities across the United States, and this trend has impacted about one in six predominantly African American census tracts.

Host Frank Stasio is joined by two experts who are tracking the trends and analyzing various efforts to curb gentrification: Mai Thi Nguyen and Kristen Jeffers. They talk about the history of gentrification in North Carolina; analyze which policies have contributed and share possible solutions. Nguyen is an associate professor of city and regional planning at the University of North Carolina at Chapel Hill. Jeffers is the founder and editor-in-chief of The Black Urbanist.

Stasio then looks at the particulars of Raleigh and Asheville, two cities in which gentrification has taken root. Kia Baker shares reflections on her home community of Southeast Raleigh and her non-profit Southeast Raleigh Promise that aims to address gentrification. The organization is taking a two-pronged approach: preserving affordable housing and providing residents with the skills they need to build wealth.

Dwight Mullen is a professor emeritus of political science at the University of North Carolina at Asheville. He shares the specifics of how gentrification manifests in Asheville and what steps the city has taken to address the problem. Sekou Coleman also joins the conversation to talk about his Asheville-based organization Southside Rising. The group aims to reclaim community culture in the predominantly African American neighborhood of Southside, which is a target of gentrification. Read more here.