The Neighborhood Is Mostly Black. The Home Buyers Are Mostly White. 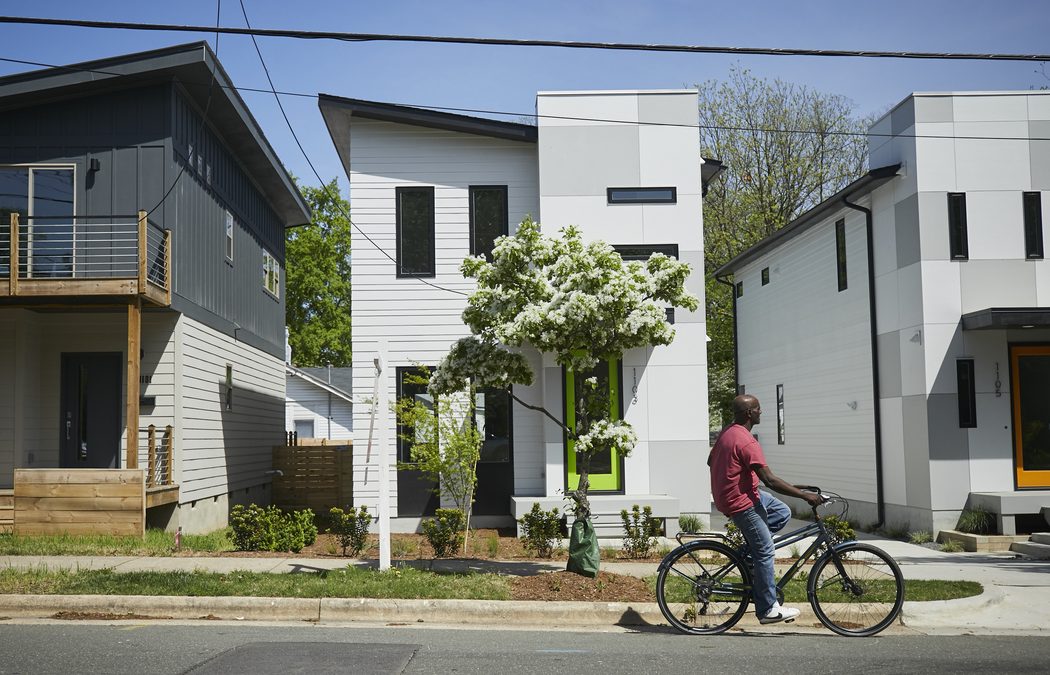 Here, and in the center of cities across the United States, a kind of demographic change most often associated with gentrifying parts of New York and Washington has been accelerating. White residents are increasingly moving into nonwhite neighborhoods, largely African-American ones.

In America, racial diversity has much more often come to white neighborhoods. Between 1980 and 2000, more than 98 percent of census tracts that grew more diverse did so in that way, as Hispanic, Asian-American and African-American families settled in neighborhoods that were once predominantly white.

But since 2000, according to an analysis of demographic and housing data, the arrival of white residents is now changing nonwhite communities in cities of all sizes, affecting about one in six predominantly African-American census tracts. The pattern, though still modest in scope, is playing out with remarkable consistency across the country — in ways that jolt the mortgage market, the architecture, the value of land itself.

In city after city, a map of racial change shows predominantly minority neighborhoods near downtown growing whiter, while suburban neighborhoods that were once largely white are experiencing an increased share of black, Hispanic and Asian-American residents.

In a country still learning to forge neighborhoods that are racially diverse and durably so, those yellow tracts appear to be on a path that is particularly unstable.

At the start of the 21st century, these neighborhoods were relatively poor, and 80 percent of them were majority African-American. But as revived downtowns attract wealthier residents closer to the center city, recent white home buyers are arriving in these neighborhoods with incomes that are on average twice as high as that of their existing neighbors, and two-thirds higher than existing homeowners. And they are getting a majority of the mortgages.

Such disparities in incomes and mortgage access aren’t apparent in suburban neighborhoods with a growing share of Hispanic, black and Asian-American residents. Minority borrowers in those places have incomes similar to that of their new neighbors. They receive mortgages proportionate to their share of the population.

In some measurable ways besides race, they fit in.

To examine these patterns, The New York Times identified every census tract in the country that has grown notably more racially diverse since 2000. We then used millions of Home Mortgage Disclosure Act records to track the differences when white and nonwhite home buyers bring change to a neighborhood. Renters can also alter the fabric of a community, but homeowners bring the economic might.

In South Park, a neighborhood with picturesque views of the Raleigh skyline, the white home buyers who have recently moved in have average incomes more than three times that of the typical household already here. Whites, who were largely absent in the neighborhood in 2000, made up 17 percent of the population by 2012. Since then, they’ve gotten nearly nine in 10 of the new mortgages.

This map shows comparable data for every census tract in the country — about one in three of them nationwide — that has grown more diverse since 2000.

In neighborhoods like South Park, white residents are changing not only the racial mix of the community; they are also altering the economics of the real estate beneath everyone.

“That’s what finally came to me — it’s not just the fact that the neighborhoods look different, that people behave differently,” said Kia E. Baker, who grew up in southeast Raleigh and now directs a nonprofit, Southeast Raleigh Promise, that serves the community.

Some of that change can be positive, she said. This realization was not: “Our black bodies literally have less economic value than the body of a white person,” she said. “As soon as a white body moves into the same space that I occupied, all of a sudden this place is more valuable.” Read more here.