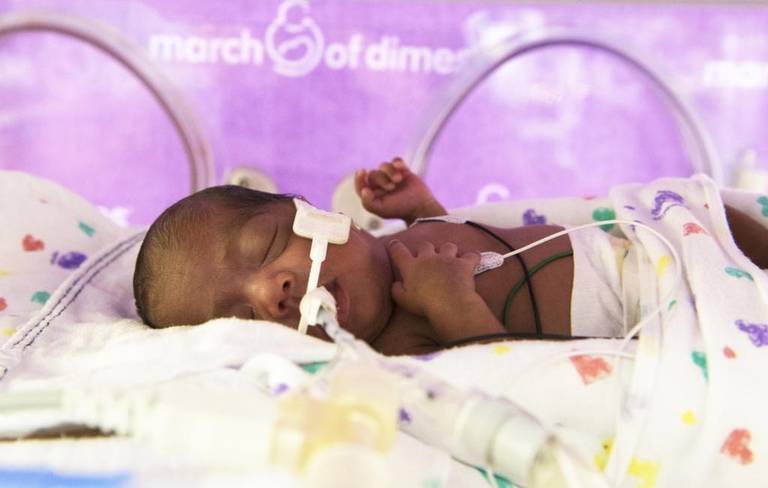 To tackle the problem in Wake, the county is trying an approach in that focuses on improving community health. Wake County is creating something called a Best Babies Zone in southeast Raleigh, which has some of the county’s highest rates of African American baby deaths.

Median household income in southeast Raleigh is less than half the median income in Wake as a whole, and residents are more likely to spend more than 30% of their income on housing, the application says.The team initiating the effort includes representatives from the Crosby Garfield Center, the Southeast Raleigh YMCA, the community organization Southeast Raleigh Promise, Wake human services department staff, as well as two local residents, and County Commissioners Chairwoman Jessica Holmes. Addressing infant mortality is a goal for the Board of Commissioners, Holmes said in an email.

“I appreciate that the Best Baby Zone approach focuses on empowering the community through health equity,” she wrote. “A person’s zip code should not determine whether or how long they will live. We cannot address infant mortality in a vacuum, we must also account for social determinants of health. By finding solutions to improve social and economic factors impacting our most vulnerable communities, we will consequently start to bridge the infant mortality gap.”

The team doesn’t start with a playbook, said Dorothy Cilenti, an interim public health division director for Wake. “It’s not a specific program,” she said in an interview. “It’s making these long-term structural changes to improve the overall quality of life that is important for healthy pregnancies. ”Having people who live in the community decide what it needs is key to the Best Babies Zone approach.

“That’s a core part of it — community-based decision making,” said Denise Pecha, director of programs at CityMatCH, the organization based at the University of Nebraska that oversees the initiative.

“People know where the disparities are. They know where the opportunities are,” she said. The first baby zone efforts launched in 2012 in Oakland, Calif., New Orleans, and Cincinnati with a grant from the W.K. Kellogg Foundation, according to the organization. More communities followed, and the foundation continues to support the initiative. Baby zone teams from around the country meet once a year to talk about ideas, and they get help over three years to carry out their community plans.

Neighborhoods that are part of the initiative consider the role of racism in black infant deaths and work to address the root causes of infant mortality, Pecha said. “It’s not by accident there are disparities in birth outcomes,” she said. Read more here.