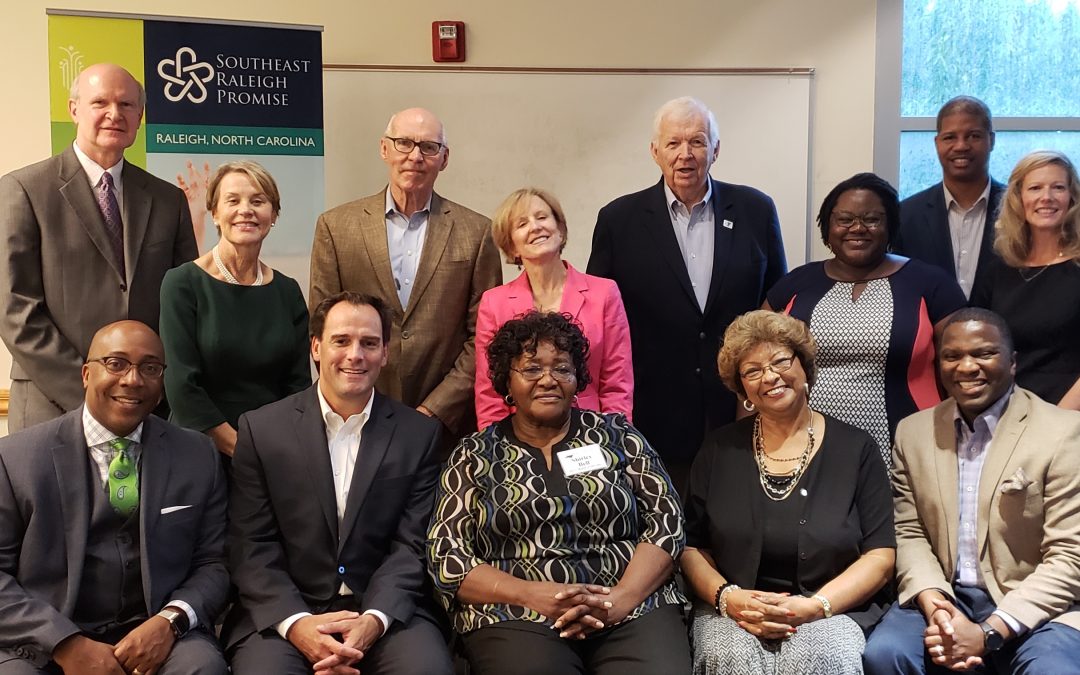 Raleigh, N.C. – A $2 million grant from the member-funded SECU Foundation will help revitalize the Southeast Raleigh community. SECU Foundation Board Chair Cynthia Jolly announced the grant and presented a ceremonial check to the Southeast Raleigh Promise organization during a special event held last week at the Raleigh Pathways Center. Ms. Jolly was joined by colleagues from State Employees’ Credit Union (SECU) and the Foundation, along with business leaders, educators, and many others to celebrate the SECU Foundation investment, which furthers the vision to build the 2nd Purpose Built Community in North Carolina.

The mission of Southeast Raleigh Promise is to end the cycle of intergenerational poverty within the neighborhoods that comprise the Rock Quarry Road Corridor in Raleigh. Plans for the new campus include a Wake County public elementary school, a YMCA,
which is currently under construction, 120 units of affordable housing, and some commercial entities. The campus development is an initiative that encompasses all four of SECU Foundation’s core areas of focus – education, housing, healthcare, and human services. It further supports an earlier Foundation commitment in the area to SECU Advance Community Health, which provides health services to community members. Read full press release here.