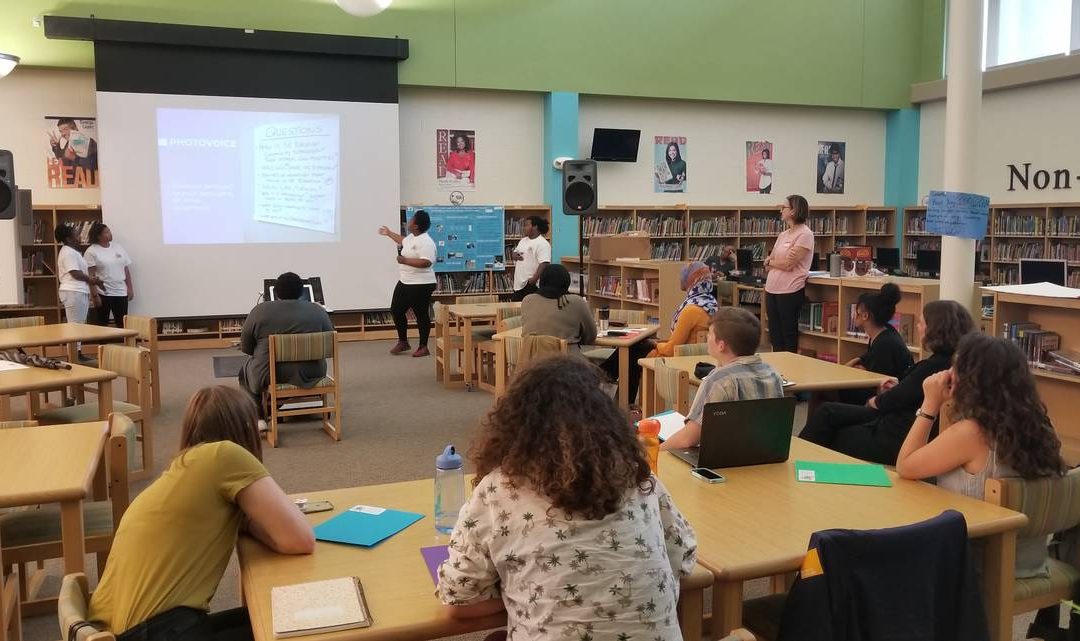 Much like their parents and grandparents, teenagers and children in a community feel the effects of gentrification, including the havoc it can wreak on their mental health.

On Saturday, giving the youngest residents of Southeast Raleigh access to support networks and resources — while also lifting up their voices — was the focus of a forum rooted in mental health and gentrification.

Christa Riggins, 16, and her 14-year-old sister, Earlane, were two of the youth organizers of the event held at Walnut Creek Elementary School. Both are members of Youth Empowered Advocating for Health, or YEAH, the group that partnered with Southeast Raleigh Promise to stage the forum.

The forum and the groups’ efforts grew in part from a joint YMCA and elementary school under construction off of Rock Quarry Road in Southeast Raleigh. The campus will eventually include affordable housing, access to healthy food and a focus on health care. It follows a national model of trying to revitalize an entire community, not just pieces of one.

But revitalization doesn’t always mean the same thing for all sections of the population, and Southeast Raleigh Promise is making sure revitalization comes without displacement.

The meaning of gentrification can vary, but it usually refers to revitalization benefiting one section of the population while displacing long-standing residents, including the poor and people of color.

Carmen Cauthen, one of the two speakers who touched on gentrification, wants to help people stay connected to their community even when their community is changing through gentrification. She lives in Oberlin — one of North Carolina’s largest Reconstruction-era communities — and has seen how new arrivals have changed the predominately black neighborhood.

For instance, on the popular neighborhood-based forum NextDoor, new neighbors will write about suspicious-looking men walking down the street. They’re talking about black men who live in the neighborhood..

“It’s hard,” Cauthen said. “We just make sure we know our neighbors.”

One question raised during the forum was about access to affordable mental health services in Southeast Raleigh.

“With regards to mental illnesses, they are real and they do exist.” Christa Riggins said. “If you are dealing with them, you are not alone, and it’s important to have your support systems in place. It’s the same thing with gentrification. You need to know what it is and how you can advocate for yourself.”

Several teenagers at the forum expressed frustration with some adults in power, including those at their schools, who don’t seem to take their concerns seriously. Several said they wanted a better way to talk about mental health within their schools — perhaps through a club — but had faced resistance from school leaders.

Blacks are 20 percent more likely to experience a serious mental health problem than the general population, according to the National Alliance on Mental Illness. Usually there is a lack of understanding about what a mental health illness is and a tendency to rely on a friends or family instead of seeking professional help.

Several adults who are members of nonprofits encouraged YEAH members to meet with other nonprofits to explore ways to work together.