“Where did Southeast Raleigh Promise Come From?” 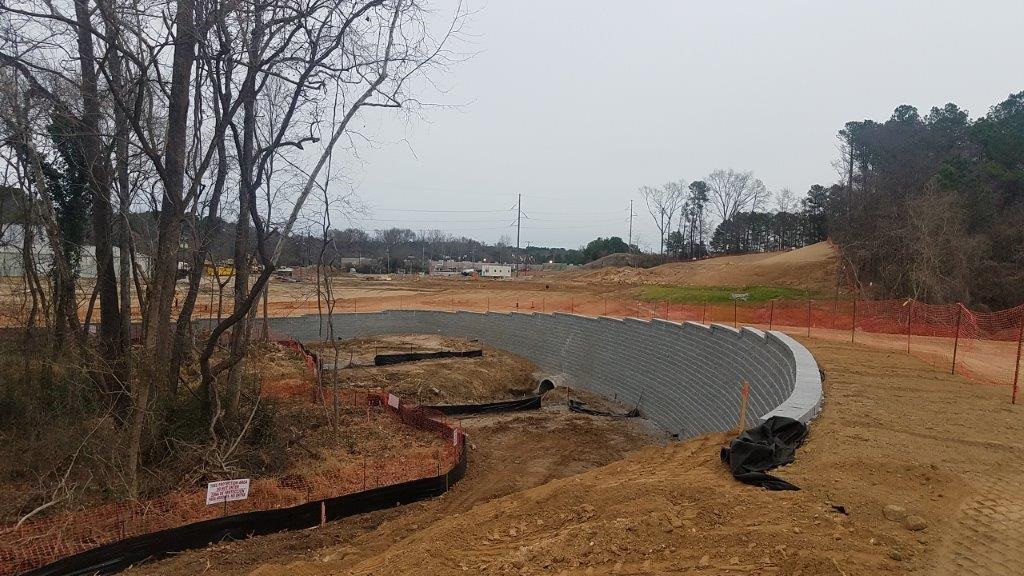 One of the questions I’m asked most is, “Where did Southeast Raleigh Promise Come From?”. For many, the question is as clear as it is asked—but for another many, there is a subtext.  Who is funding you?  WHY are they doing it?  Who do you answer to?  So, this month, I decided that we’d present the SERP origin story.  How we got here, how I got here, what we plan to do in the future.  Our MSW intern, Jennifer Castillo conducted extensive interviews with folks who were in on this from the start, as well as those of us who joined later.  In the text that follows, I hope I can fill in the gaps from my perspective as Executive Director to help you understand who we are as an organization, who I am as the leader of this organization, and where we plan to go.  As always, I welcome conversation, feedback, and YOUR perspective.

The YMCA of the Triangle began exploring putting a Y facility in Southeast Raleigh and in 2011 they formed a task force of community leaders to help find a location for the new facility. “And after about 9 months we began to realize there’s way too many challenges in the community that we’re not going to be able to solve on our own and began to ask what if we did something bigger and what would bigger look like?”  Jon Mills, YMCA of the Triangle

At the same time the AJ Fletcher Foundation was having similar conversations with community leaders including the Y task force about collective impact models and the work of the East Durham Children’s Initiative.  They could see the value in bringing the collective impact model to Southeast Raleigh. “If you’re going to stop intergenerational poverty there’s no silver bullet. We’ve seen so many wonderful interventions in Southeast Raleigh in areas like housing affordability, great after school programs or good educational models but they’re done in isolation- they are helpful but they’re not complete.” Damon Circosta, AJ Fletcher Foundation.

After learning about the success of the East Lake Initiative in Atlanta, community volunteers began visiting the site and exploring the Purpose Built Communities Model. The group traveled a few times to Atlanta as interest grew. During one of those trips the group had extra time and decided to have dinner at the airport and had the first of the “hallucination dinners”. “So, we always joke about this hallucination moment of what’s possible and then that lead to more committee work quite frankly, more research, more interviews, more community events trying to understand what the possibilities were.” Courtney Crowder, Crowder Consulting.

In 2015, with a few initial foundations willing to take a big leap, Southeast Raleigh Promise was formed to lead the vision into execution. Kia Baker, Southeast Raleigh native was hired as the Executive Director. “The genius part of the Purpose Built Communities model is that it can be customizable to all neighborhoods. Kia did a good job of leading the community through a listening process. It wasn’t enough to just take their model and throw it in Southeast Raleigh, it wouldn’t work because after listening to the community we realized there were other deficits. Economic development plays a role, given the nature of how our city is geographically put together, there’s a unique need for businesses, small, medium and large to be owned by and operated by those who are in Southeast Raleigh. The other one was leadership development. Kia really recognizes that there is a whole group of folks that need to be empowered and needs those skills.” Damon Circosta, AJ Fletcher Foundation.

Now all of this is true, but what isn’t mentioned here is that I had NO experience as an Executive Director.  While I’d done a great job in my previous program related positions, serving as an ED is a totally different world! The job of building a Community Quarterback Organization is a big one, I’d guess that one of my strengths is a genuine belief that was instilled in me through Public Allies—that “EVERYBODY LEADS”.  As progressive as we may seem as a city, Raleigh is still a place where certain folk get a seat at the table while other folk don’t.  That HAS to change.  What I know is that the women and men who have been steadfast in holding up leadership in Southeast Raleigh are getting older.  As humans, none of us get to stay here forever, but we don’t yet seem to have a team of folks ready to go to take up the mantle.  My goal is to ensure that we have more than enough Southeast Raleigh residents—especially those that are historically marginalized and looked over—have the skills and support necessary to lead locally, in the City of Raleigh, Wake County, and beyond.

When we were trying to determine the name of the Quarterback Organization and the initiative overall, it was imperative that we include “Southeast Raleigh”.  Not only because of the geographical location, but because of the rich legacy of the community and the strength of cultural pride.  I felt strongly that the word “Promise” was not just about potential, but even more, it is an outward commitment to move with integrity towards making our community a place where everyone can thrive.

The YMCA of the Triangle closed on the “Beacon Site” in November of 2015. “That was Monumental, we (SERP) actually had an event that same night at Walnut Creek Elementary School to tell people about the vision and what we thought we might be doing and it was just great that we were also able to tell them- hey and guess what else happened today? The YMCA of the Triangle actually purchased this property on Rock Quarry Road, so now we have a place to make this a reality.” Kia Baker, Southeast Raleigh Promise

Wake County Public School System joined the initiative in 2016 with a commitment to running an elementary school that was responsive to the needs of the community.  The school system is partnering with us to ensure that students succeed not only academically, but that we address the needs of the whole child, and that means addressing the needs of their families too.

In June 2017 SERP hosted Place, Space and Race, an evening of conversations about placed-based community revitalization in Southeast Raleigh. The event introduced the work of Southeast Raleigh Promise, honored the rich legacy of Southeast Raleigh, and recognized the opportunity to come together as a community. On January 1st 2018, we ushered in a new year and Southeast Raleigh Promise celebrated the end of a successful incubation period and officially become a fully independent organization. Since our inception in 2015, we have received generous support from The Stewards Fund, AJ Fletcher Foundation, Tom Russell Charitable Foundation, and the Kenan Charitable Trust.

Today, as you pass the “Beacon Site” you will notice happening. Buildings are being torn down, dirt is moving and structures are being raised. Doors to the school and the YMCA will open in 2019. To learn what Southeast Raleigh Promise is currently working on please click here.