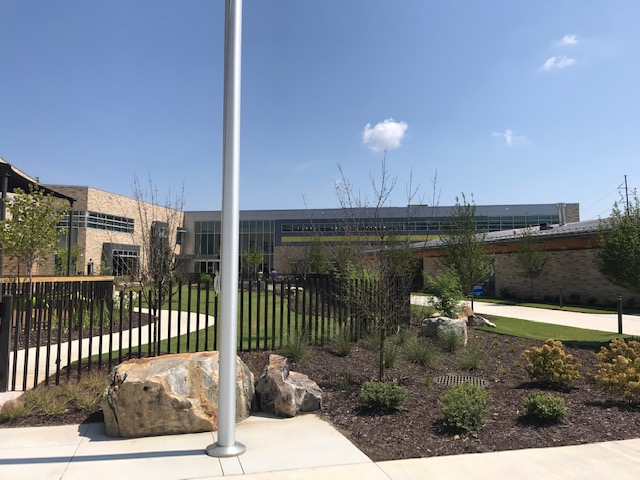 There’s hope for a new beginning for a southeast Raleigh area that has suffered economic hardships for years.

The new Southeast Raleigh Elementary is not just partnered with the YMCA. They share the same brick and mortar. They are physically connected. It’s a connection Mary Allgood believes her granddaughter and community deserve. “We want to be a respected community, and I think that we need that help and support to bring about the changes that will make things in this area be just as important as any other area in Raleigh,” Allgood said.

Kia Baker grew up in the neighborhoods outside the newly constructed halls. She runs the organization Southeast Raleigh Promise. Baker leads the charge to make the change that’s way overdue. “Our community has had lots of things promised to them over the years. Time and time again, those promises have been broken. And so, it’s been an important part of relationship building, building trust, (and) helping folks to understand that we mean what we say,” she said. After school programs will be supported by both the school and the YMCA. Andrew Karl’s daughter will attend the school and is already impressed. “From providing the kids with a good hot breakfast in the morning to making sure kids get home from school even from the after school program,” Karl said.

The pool will be used to teach children how to swim. The library is there for anyone who wants to use it. It is all a move forward for Angela Williams and her daughter Angelina, who will be in kindergarten. “I grew up in this community, so I’m seeing a change and I’m seeing the promise and I’m seeing the difference,” she said. It comes down to what any American wants: safe neighborhoods, healthcare, and a future that not only looks bright but is bright.

“You’ve got to create the fundamental conditions of success. That means you have to have healthy housing that is affordable for to access. You’ve got to have access to good healthcare, good wellness facilities, and services. You’ve got to be really thoughtful and intentional about the way a community is built to ensure that it is not just healthy but, it is fun and really creates all of the opportunities for everyone,” Baker said.

“You have to have a thriving economy, and the school is one part of that. Education is one part of that and we can’t separate any of those things. And, most important, is leadership development — making sure our residents all have the tools to be positive leaders of change to be advocates and activists in their own lives and communities.” Read more here.